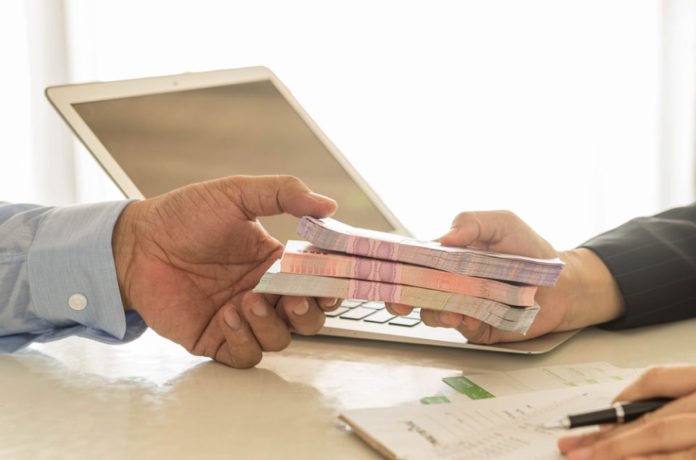 It’s brilliant to see what this frenetic online world does to our frazzled little brains. Experts point out how a huge, multi-billion pound industry tries to “break down one’s self regulation”, every time they log onto one of their devices.

No wonder most of us feel worn down by the constant enticement to purchase something or the other.

Also, underneath this pyramid of temptation is the personal debt industry. Offering money, although at a cost, it assures to open up this entire new, endless world of satisfying and consuming false needs and requirements. For example, if shopping is your addiction, then the personal debt will for sure be your primary enabler.

Of course, it’s easier to completely extricate oneself from this lethal relationship when debt is way too expensive. But, the issue arises when building societies and banks throw affordable credit cards and loans at you, it’s almost as if it’d be unwise not to accept this cash whilst it is affordable, right?

Hardly a week goes by when you do not get any invitation in post, to take out a credit card with a specific firm, that has managed to gets its hands on your data. You do not want it, do not need it, and haven’t even asked for it.

But, have you wondered how many youngsters would shun that offer?

Likewise, think about it; there has also been a budget deficit of around £19.1 billion. While the disputes for and against deficit are numerous and intricate, it is fair to say that a government that has apparently given up on significantly decreasing the deficit, this side of Brexit, could barely preach to households regarding the need to live within their means.

So, taking everything into consideration, an increasing tide of household debt is not at all astonishing. But, this does not make it any less terrifying. Having dipped in the year 2014, household debt; excluding student debt and mortgage, has gradually been rising as low rate of interest has given families better access to low-cost credit.

Personal loans have now become one of the biggest contributors to household debt, which is closely followed by credit cards; with families spending roughly around £216 per month on their debt repayments, and this is equivalent to almost a tenth (9%) of their monthly expenditures.

Surprisingly, even before interest rate is taken into consideration, the average family would now at least need 7 years, or 82 months, to repay their present debt, by making an average monthly repayment, upwards of just above 5 years, or 61 months.

Moreover, one of UK’s financial institutions has issued an ominous warning, saying that it’d be making a greater provision for “bad debt” or individuals defaulting on loans, in the possible or likely event, that rate of interest increases sooner rather than later, thereby making monthly repayments, even more difficult.

Put simply, if we start seeing more and more individuals flunking out on their loans, it’s not just the banks’ balance sheet, which will suffer (if they’re not adequately prepared). Greater provisions made for bad debts are also a classic symptom of an entire economy heading due south.

But, muddying the waters more is almost an inevitable requirement for us all, to take on debt at a particular stage. Want to own a home? An ideally sensible and reasonable aspiration may seem much less so, when it’s predicted on a big loan, which you might well be paying off for around decades, thanks to the comical house costs, stuttering earnings and a culture wherein repaying a mortgage early is considered as an anomaly.

Even individuals who can manage their loan well would need a history of borrowing in order to prove that; in simple words, they will have to sidle up to providers earlier than they’d like to, and take out products, such as personal loans and credit cards.

And certainly, there are still many borrowers who are not taking out debt for any specific reason, like enhancing their credit rating or paying off any necessary huge expense, except to maintain a specific lifestyle, which they haven’t actually thought through.

This blog takes up the attitude that certain forms of debt are a necessary evil. In a perfect world, all of us would be living within our means, but the way a consumer economy works, it doesn’t make it a sensible ambition.

There are certain significant pillars to being very smart with debt, which are:

There are several ways through which you can make sure that your credit rating is completely up to scratch, but bear in mind; this isn’t so that you can take out debt willy-nilly, but so that you can rely on good ratings when you badly need to take out a loan.

So, if a provider turns you down, you ought to ask them why. Usually providers are supposed to give you an explanation, but if they don’t, then you could perhaps ask for it. Later you can take the necessary action. It may be because you’re not on the electoral roll, so this should be easy to fix. You might simply not be the type of customer these providers want, perhaps you earn too much or too little as per their ideal profile. So, it’s better to check this beforehand.

Nevertheless, there may be other reasons as well, which are out of your control. The worst thing you could do is embark on a frenzy of fresh applications – you’ll simply damage your credit rating even more by this very act of manifold of applications in a short span of time.

So, just relax and remember that many people get their applications rejected, then maybe tweak your budget, postpone that vacation, or take it as a sign that it wasn’t really meant to be.

If you’ve been knocked back, since your credit record has alarmed the provider, then start taking action. You could request to check your report, ensure that all the details are complete, up-to-date, and accurate. You can even ask to change or remove the incorrect information and simply add a notice to describe special conditions.

If you ever have to go through a loan application, do not guesstimate any information. Fill out the entire form cautiously. Simply guessing things like how long have you been living at your present address, will not do. Providing wrong information would, at its best, hold up your case, and at worst, would be viewed as fraud. If any mistake is the reason, then ask your provider whether you can correct it and try once again.

If there is anything that could keep you awake all night, then it is having manifold of loans and credit cards. Though you have loads of headroom up to the credit limit, this is an unnecessary inducement and will not be viewed in your favour, especially when it comes to getting new credit.

Are you being impractical about how much you actually want relative to your earning? Are you making use of new loans and credit cards to repay the old ones?

Stop, think, and get a hold on the spending and ask your present provider to bring down the credit limit; then start paying off, starting with the most expensive product, one by one. You can even make use of 0% balance transfer card, so as to service the cards charging the highest interest rate. Take advantage and use it in order to free yourself from debt.

So, as long as you are a canny borrower, just remain within the agreed limits and meet the payments deadline every month; you should not fall foul of the re-emerging debt bonanza. But eventually, the only real medicine for all that ails you, at least financially, is the magical thing called budgeting, wherein you review where your money actually goes, note it down, and set limits from every area.

Last but not the least, there would be times when you’ll require some help. For example, if you had some ongoing health issue, which was causing you worry, you’d certainly go to a doctor. Similarly, if you have any chronic problems with debt, which is starting to affect your ‘peace of mind’, then do not suffer in silence. There are several ways that could get you back on top of your game. All that is left to do is start…