Home Business How Sharing Economy Can Turn Around B2B 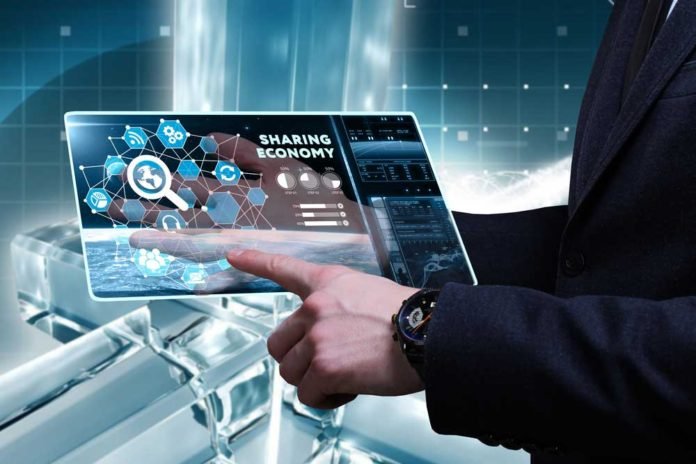 All thanks to companies like Uber and Airbnb, all of us are now familiar with the concept of sharing economy. It may not have been around for a long time but it has sure taken the entire financial landscape by storm.

Sharing economy has made it possible for people to save a lot of money by using just a simple trick, which is to share. By sharing resources, it is now possible to make a huge difference to your overall savings without compromising on comfort.

The booming success of the sharing economy doesn’t really come as a big surprise to the industry experts. For a long time people had been searching for the right alternatives to services that required them to spend a lot.

People looking for cheaper alternatives wouldn’t be bothered by the fact that they need to share resources to save more money. The emergence of the Sharing economy offered a perfect opportunity to such people to maximise their savings.

For instance, let’s take the example of Airbnb. Most travellers are always on the lookout for cheaper alternatives to accommodation, especially when they are travelling overseas. Airbnb presented the perfect chance to such travellers by simply sharing a home accommodation with Airbnb partners in other countries.

Those associated with Airbnb are simply required to play host in their own homes. As a result the traveller is not required to stay in a fancy hotel with high operational costs.

Sharing economy has made redundant, the need of going through a middleman in order to gain access to services that are unnecessarily made expensive due to the presence of another business in the process.

Replicating the business model of a sharing economy between two or more businesses can be quite difficult. The challenges of implementing this model in B2B companies is that not every company would be keen to use its resources with another company, especially if the other company deals in similar services. Between competitor companies, sharing resources could mean divulging more information on their internal operations and it is not considered to be a sound business practice.

However, with the advancements that have taken place in the field of technology, even B2B companies are now bullish about the possibility of sharing economy having a positive impact on their balance sheets. With minimum alternative finance, companies will be able to achieve a lot more as they will be saving money in other areas.

But being optimistic may not be the only requirement to be able to incorporate the concept of sharing economy in B2B companies. There are many barriers that need to be overcome and many challenges that need to be met successfully in order to make this collaboration possible. The challenges mostly include dealing with the threat of information leak and complying with regulations related to taxes and business.

The Shift to B2B

Many players in the industry have successively executed the concept of sharing economy. At the moment, the sharing economy is believed to be quite stable and is expected to record much growth in the coming few years.

Compared to businesses, consumers are generally more secure with the fact that they are sharing resources. It has been simpler for B2C companies to execute the concept of sharing economy but for the B2B companies the challenges are a lot more severe.

Despite the challenges, industry experts believe that B2B companies will also be able to execute such sharing of resources sometime soon in the future. They believe that profit will be a major motivation for B2B companies and it is profit that will drive them to test the waters of sharing economy.

Sharing economy has three objective and they are as follows:

The above three objectives can be successfully met even in a collaboration between two or more B2B companies. However, there are certain legal hurdles that need to be tackled effectively in order to ensure smooth functioning of sharing economy in such an arrangement.

For instance, it was recently published in the New York Times that Uber drivers will need to be classified as employees and not independent contractors. Such changes in regulations can have a huge impact on the operations of the business involved.

At this point you could be wondering why you have never heard of such B2B companies that practice the concept of sharing resources. It is possibly because the trend, even though promising, has not been able to establish its presence in the B2B industry yet.

However, there are many such start-ups that operate on a similar business model. A start-up by the name of Yard Club makes it possible for several construction companies to mutually share the equipment and heavy machinery, which is generally employed in this industry.

By sharing these equipment and resources, construction companies can mutually profit from this model, as equipment cost is known to be one of the most major investments in this field.

Thus, if this company is met with substantial success, it could make it possible for several construction start-ups to stay afloat, which could otherwise get dissolved due to lack of capital and resources.

It could prove to be a difficult task to implement the concept of sharing economy as well as it has been implemented in the B2C industry. However, the success of companies such as Uber and Airbnb should motivate the B2B industry to come up with a model that is not only sustainable but profitable as well.