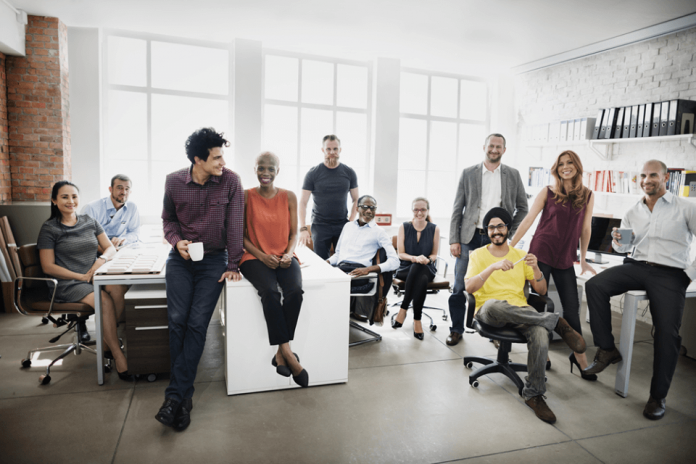 In the wake of our current political climate, diversity is not only a sensitive issue in the world at large but also in the specificity of the workplace; if a business is going to see success, not only does it need to look the part of being a progressive institution, but rather, it must actively work against homogeneity and change the monotonous nature that too many corporations fall victim to.

Consequently, a lot of workforce efforts are now oriented towards creating a business that reflects the society that they would like to see, and they are doing so not only in who they hire, but how they hire, so as to foster an inclusive culture of finance both on the particular level of individuals as hires, as well as on a more universal level, through far-reaching policies that are often exemplary and precedent-setting – there are, in this way, many benefits of working with a financial recruiter – or any kind of recruiter, for that matter, who is geared toward or specializes in diversification and following not only new trends in policy but also are prone to creating their own.

No matter how you go about this vital process, there are many factors to keep in the back of your mind for doing so in the first place, lest your diversity program fails due to a lack of inspiration or other reasons. There are, doubtlessly, many reasons including, but not limited to the following:

If your company and its recruiters do not make an effort to diversify and demonstrate such efforts, it could easily leave a sour taste in the mouths of potential candidates; you’ll likely experience a lower influx of interviewees as a result. Such a reputation has been to stay with companies – for example, not too long ago, Forbes published a list of companies who are not particularly good for women and people of colour, as far as hiring and other processes go.

Retaining a good, diverse reputation will attract not only the best in your field, but the top talent who also is likely to demonstrate a progressive mentality and will do potentially field-changing work under the name of your company.

No doubt, diversity, and non-homogeny amongst employees and policies allow for more possibilities to be explored, given the wide range of experiences and mindsets that will be operating in your office. In this way, your company will have a competitive edge in terms of adaptability.

Internal resistance to diversity, which is often a watered-down and workplace-friendly way of expressing racist, sexist, or xenophobic sentiments – is, unfortunately, not an uncommon occurrence. Fortunately, it quickly shows us who ought to be let go and let go immediately. For, not only are they inhibiting the chances of others to make the most of an opportunity, they are working to weaken and constrain the future of the company.

While the work of diversification does not come easy, it goes without saying that it is worthwhile and beneficial in manifold ways.