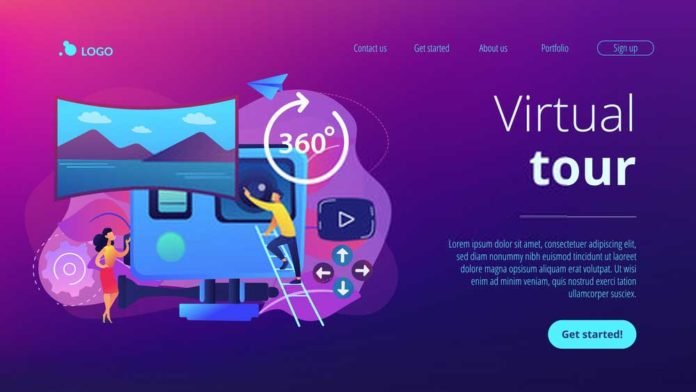 Did you ever find yourself wanting to show something to someone, and there just wasn’t a way to show them the entire scene? There might have been a way to show only one view, but without a 360-degree look at it, there was just no way to appreciate what they were looking at fully? It might have been a spectacular sunset or a magnificent new home or building, but without a 360-degree view, there was no way they could see it. The good news in this is that now there is a way to give others a virtual tour of something and present it on a website.

Although some people might try to take the do-it-yourself path, there’s a better way that results in an exciting and dynamic tour, and it can be very reasonable in terms of cost. This is because virtual tour pricing has become very affordable, and the technology is even better. And the benefits of 360-degree virtual tours? Here are just 10 of the best:

Nearly everybody knows the advantages of hiring a professional photographer over an amateur. If not, look at the last photos seen of an amateur’s results from a wedding. If that doesn’t convince you, nothing will. A professional knows all the tricks and shortcuts to make a 360-degree presentation the best, regardless of what you want to show.

There are probably a few things that can be more exciting to watch than something that someone wasn’t expecting, especially when that something was unexpectedly professional. A 360-degree presentation will keep customers engaged until it is complete.

There are many ways to make people remember something, but few things can beat a 360-degree video presentation. People who see such a video will stick with a website longer to appreciate what they see to the end.

Websites that include 360-degree videos are remembered longer by sales prospects, a key element in making a sale. According to experts, virtual tours achieve an average of 135 percent increase in online revenues

Technology increases visitor excitement on a website, which inspires their further interest and motivates them to make a buy.

Studies have shown that 360-degree video presentations increase acceptance of website products as “very desirable.” Further, websites that include 360-degree virtual tours receive more than 87 percent more views than those without these tours. About 54 percent of buyers won’t revisit a website that doesn’t include a virtual tour.

Today’s social media world has caused people to embrace virtual worlds, including those presented on 360-degree tours. As a result, more than half of website viewers say they prefer websites that include 360-degree videos.

Having a 360-degree tour on a website keeps salespeople from demonstrating or taking customers to see an actual place. That saves time and money.

For all of the advantages of 360-degree tour technology, can you afford to be without it?

10 Pranks To Spice Up Your College Life

Netbase Quid : Why Market Research Is Vital For Businesses

What SaaS Companies Need to Know about SEO